NB.  “Exitus acta probat” is mentioned in Ovid’s Heroides II, line 85.  Phyllis is a character in Greek mythology, Greek mythology, daughter of a Thracian king  (possibly Sithon, Philander, Ciasus, or Thelus).  She married Demophon, King of Athens and son of Theseus, while he stopped in Thrace on his journey home from the Trojan War.  Demophon, duty bound to Greece, returned home to help his father, leaving Phyllis behind. In these passages, Phyllis writes to Demophon, after he fails in his promised return from Athens.

In context, the common translation of the Latin is:  “The event proves well the wisdom of her course.”

“The result is the test of the actions.”  https://www.collectorsweekly.com/stories/241056-what-kind-of-sterling-spoon-is-this

Justice holds the traditional scales and a book open to Washington’s motto: “Exitus acta probat,” which can be translated as “Judge me by the results of my actions.”

“The end shows the deeds.”  https://uvamagazine.org/articles/ex_libris/room_errors

"The end proves the acts (were done)"  https://en.wikiquote.org/wiki/Ovid

“The result is the test of the acts.”

The certificate pictured here was presented to subscribers of the Third Liberty Loan, which was enacted on April 5, 1918. It depicts George Washington's coat of arms, which was used to design the American flag, as well as his family motto, "Exitus acta probat," or "Judge acts by results."  https://digitalcollections.lib.washington.edu/digital/collection/imlsmohai/id/11536/

“The end proves the deed.”  https://www.gettyimages.com/detail/news-photo/portrait-of-george-washington-resting-upon-the-motto-from-news-photo/115285287

“the result is the test of the actions.”  http://www.lbjlibrary.org/press/acts-of-congress-exhibit-opens

Exitus Acta Probat (“the result is the test of the action”), was affixed inside the original volumes,        Virginia Libraries:  Fred Smith National Library….  Beth Defrancis Sun

I have been able to identify two family mottoes for Washington: Exitus acta probat, meaning “The outcome justifies the deed”, and Virtus sola nobilitas, meaning “Virtue is the only nobility”.

Exitus acta probat (The outcome is the test of the act)  https://commons.wikimedia.org/wiki/File:Coat_of_Arms_of_George_Washington.svg

“The result validates the deeds.”  http://glass.churchsp.org/washington-coat-of-arms/

“The result has proved the excellence of their deeds.”

Thanks. My research, more and more extensive, leads me to believe that the proper translation of the Latin "Exitus acta probat" (quote from Ovid's Heroides II, line 85) properly means "The result is the test of the acts," or IOW, the end proves the means, or the result proves the act (was done). There is in interesting story about how this phrase become associated with the Washington's ancestors; am trying to verify. Am researching this to update my book "George Washington's Liberty Key." LibertyKey.US

“The result validates the deed.”  https://www.georgeglazer.com/archives/prints/americana/gwcoat.html

"the result is the test of the actions."  https://www.prnewswire.com/news-releases/george-washingtons-personal-copy-of-the-constitution-on-display-170024356.html

Do you have any history of how the Washington family came by its "Exitus acta probat" motto.  Do you have a favored translation of it?  Also, I discovered someone saying that the family had a second motto:  "Virtus sola nobilitas, meaning "Virtue is the only nobility”.  I'm updating my book "George Washington's Liberty Key" and would appreciate any information you may have on the subject of Washington mottoes and how they came to be. Thanks.  Merry Christmas!!  Sent 25 December 2019   https://sulgravemanor.org.uk/contact-us

In correspondence to me, Kevin Troy stated:  “My understanding is that one of Washington’s ancestors was awarded some honor by the king for winning a battle. Neither the king nor any of his lords were there to witness his bravery, but they nevertheless had clear proof that the battle had, in fact, been won. Thus “results prove the deed” or ‘the outcome proves the act.’”

Accepted Interpretation of Machiavelli's “the ends justify the means.”?

Prior to reading The Prince, I had heard of the aphorism:

The ends justify the means

This was Machiavelli's identifying line to many people, and in my conversations with them, I got the impression that Machiavelli meant the following: that, given an ends profitable enough, any means, even a very immoral one, is justifiable.

Thus, I lived with this impression for a while, until I actually read The Prince and got to the line in question (at the end of Chapter 18). In specific context, its meaning seems very different:

In the actions of all men, and especially of princes, where there is no court to appeal to, one looks to the end. So let prince win and maintain his state: the means will always be judged honorable, and will be praised by everyone.

Thanks for the alert that Machiavelli did not originate or even directly repeat the original Ovid quote "Exitus acta probat." I was searching The Prince for it and couldn't find it. Note, however, that, regardless of Machiavelli's intent in his book and while many have translated the Latin phrase to mean "The end justifies the means," others interpret it as "The end preexists in the means," while still others look to Ovid's meaning in context: "The end proves the act (was done)." For those interested, there's much more interesting info about the phrase "Exitus acta probat" at https://www.bahrnoproducts.com/Exitus%20acta%20probat.htm Thanks again!

His family Latin motto: "Exitus acta probat." My own translations below are based upon extensive research: 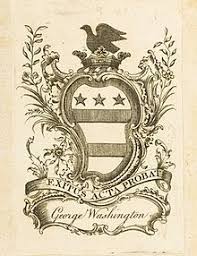 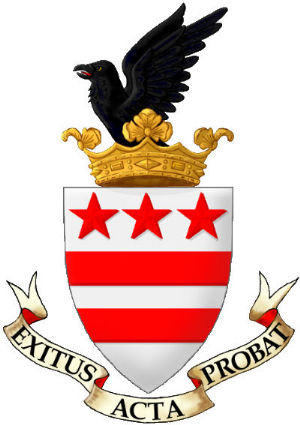 How the 25 Magna Carta Sureties are Related to George WASHINGTON:  http://washington.ancestryregister.com/WASHINGTON00006HNote2.htm 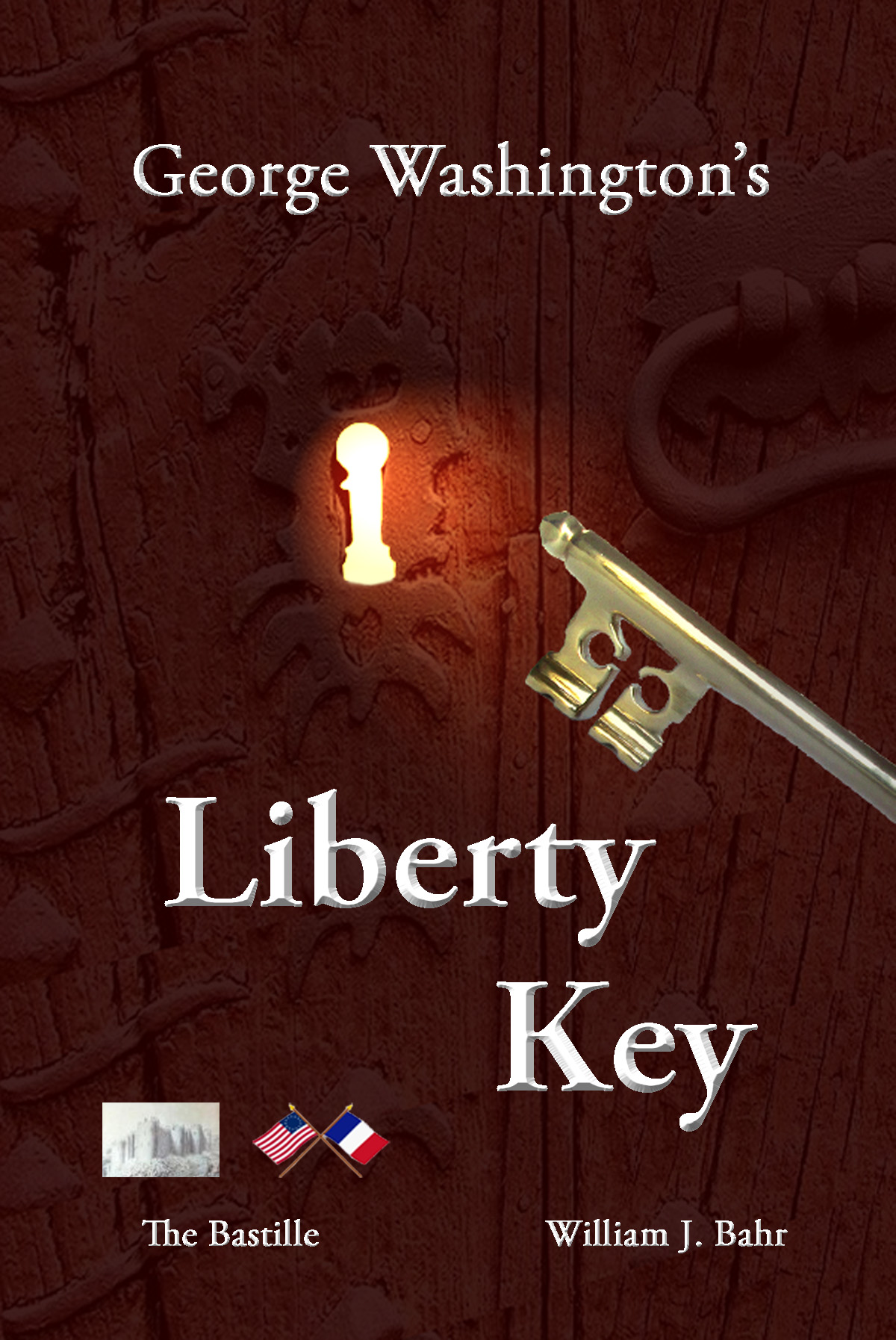 "No punishment, in my opinion, is too great for the man who can build 'his greatness upon his country's ruin.'"  — George Washington
"Arbitrary power [tyranny, dictatorship] is most easily established on the ruins of liberty abused to licentiousness [lawlessness, irresponsibility, anarchy]." — George Washington